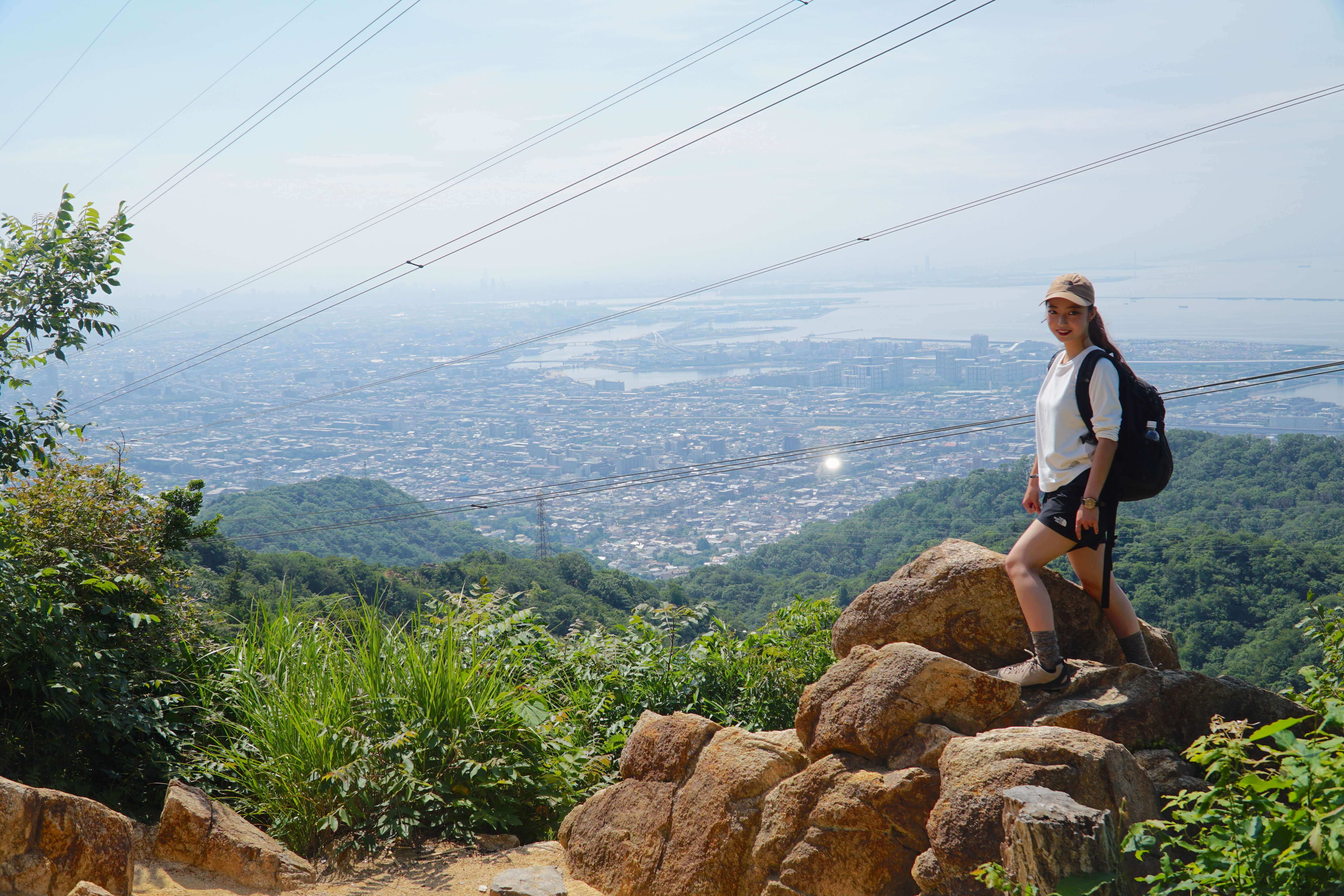 [From Mt. Rokko to Arima Hot Spring.] Introduction of mountain trails that are loved by many people in Kobe.

The night scenery of Kobe, Hyogo Prefecture is known for being one of Japan’s three most famous night views. From Mount Rokko, you can see a panoramic view of nighttime Kobe. Mount Rokko is renowned as a tourist attraction and for having scenic roads, but it is also a fantastic mountain to climb.

In fact, Mount Rokko a popular mountain that YAMAP users frequently download the map of. The mountain, which is easily accessible not only from Kobe but also from the Kansai area, is a good choice for beginning climbers.

I visited Kobe on a solo trip when I was a student. I remember noticing the big mountains of Rokko while I was on the train and looking at them from the window gripping the Seishun 18 Ticket in my hand. I’m now taking the Hankyu Railway again. It’s just like that time when I traveled across Japan by train because I wanted to see different places. 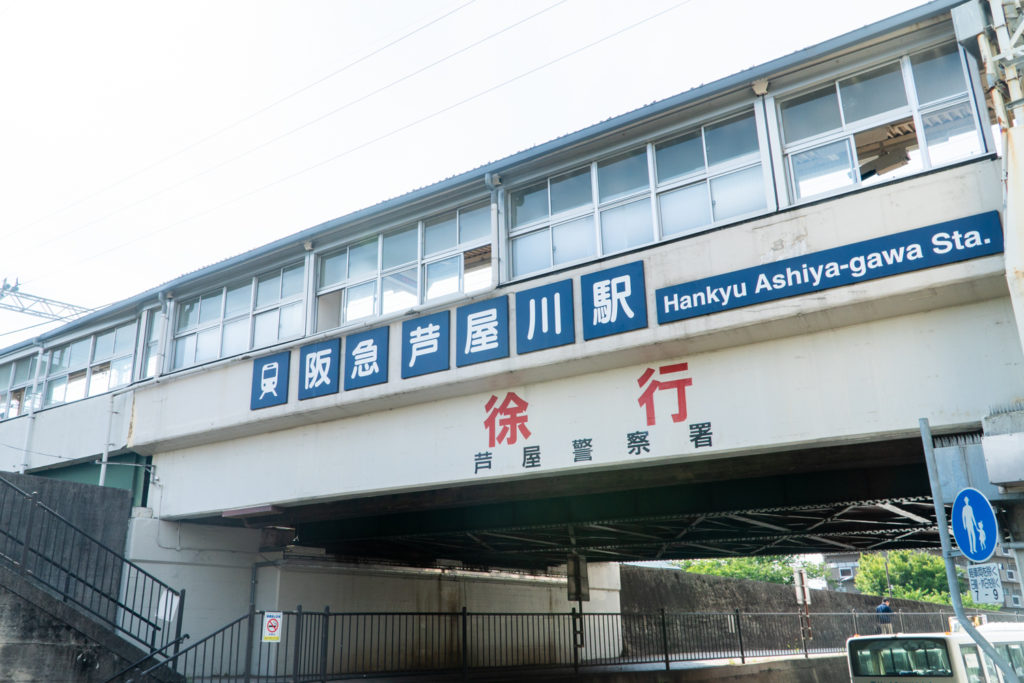 When we leave Ashiyagawa Station from the north exit, we see many students who are waiting for buses so they can get to their schools. There are also several hikers who are retying their shoelaces. I look up at Mount Rokko, where the vegetation is deep green. This is where we will begin today’s hike. Our route will take us to the highest summit of Mount Rokko then down to Arima Onsen (Arima Hot Spring). After using the restroom in front of the station, we start out. 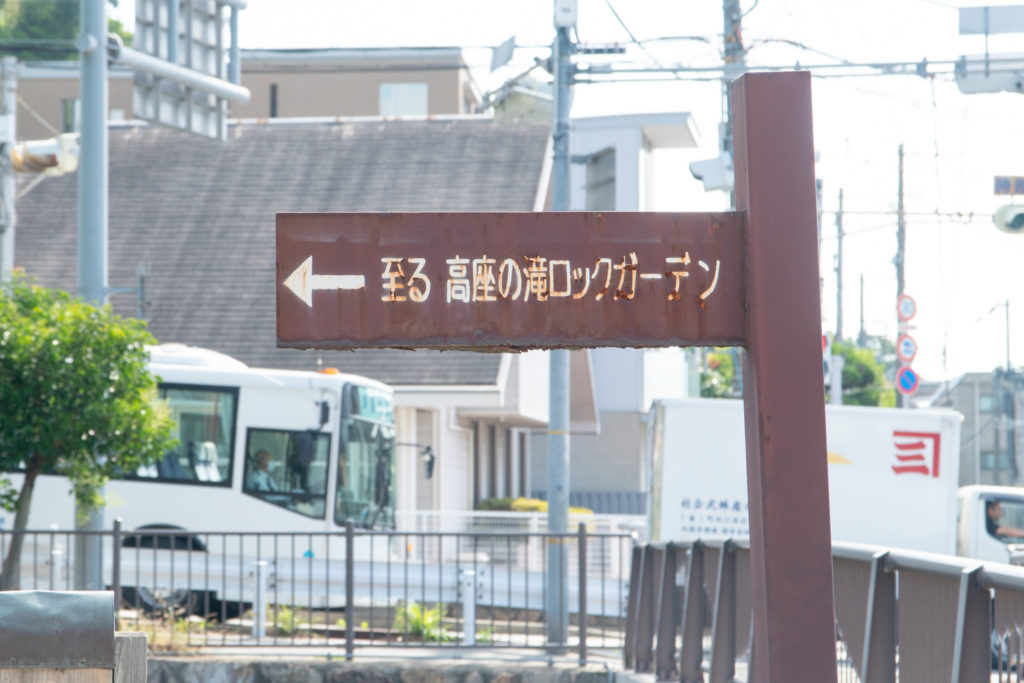 “Passing Koza no Taki (Koza Waterfall) and the Rock Garden, we head for the summit”

We walk along the Ashiya River on the mountain side and pass through residential areas. Since there are signs everywhere, there is no chance we will get lost. 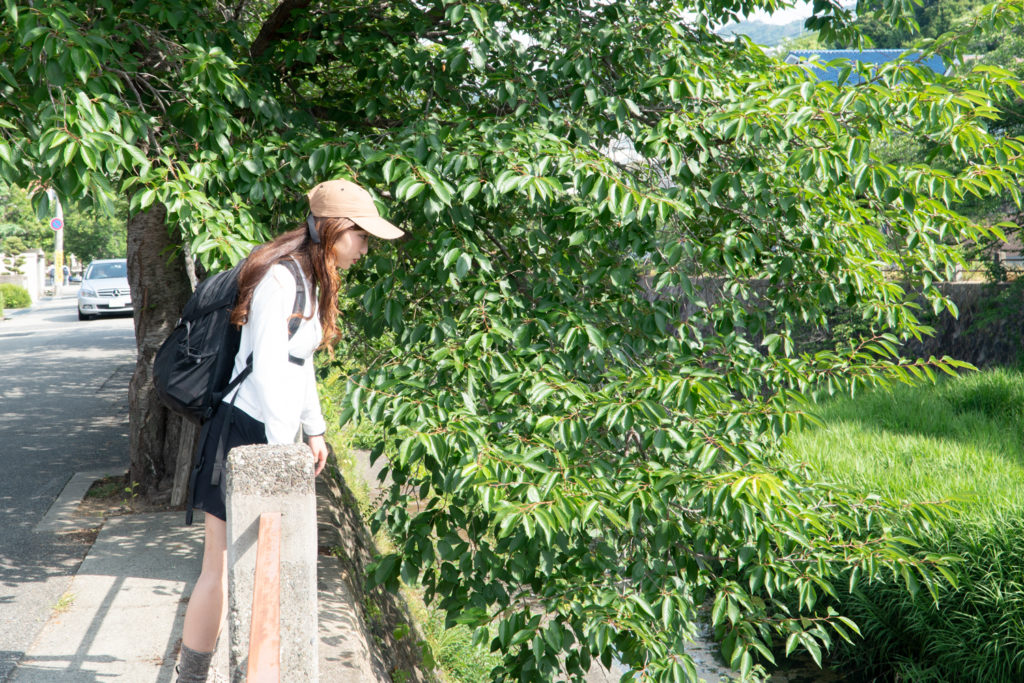 “My hiking partner is mesmerized by the fish in Ashiya River”

If you look back after passing through Ashiya’s upscale residential area, you can see in the distance the city and the ocean. We begin following a quiet forest trail and soon after enter the Rock Garden, where you can hear the sound of Koza no Taki. 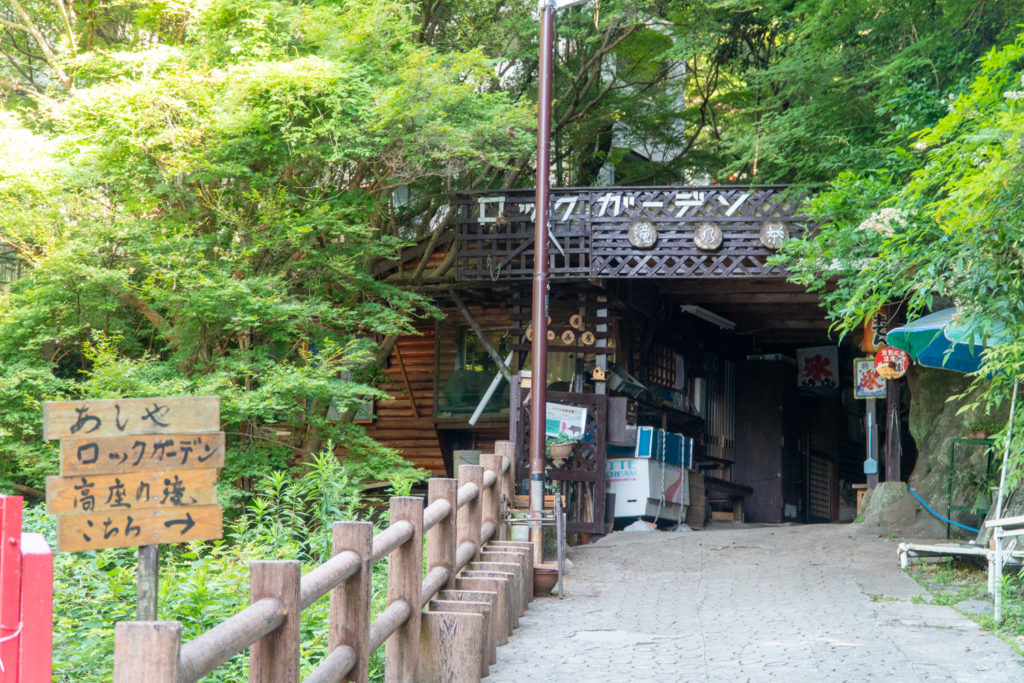 The atmosphere of the small shop near Koza no Taki is somehow nostalgic, and it makes me feel at ease. I buy a drink from a vending machine, sit down on a bench, and listen to the sound of the waterfall.

Koza no Taki is a small waterfall with a drop of 10 meters, and it’s possible to go to the waterfall’s basin and touch the water. The coolness of the air flowing from the waterfall seeps into me and gives me relief, as I was beginning to feel hot.

At the waterfall carved onto a rock to the upper left is a relief of mountaineer Kuzo Fujiki. It was Fujiki, who gave the Rock Garden its name, that made this place the birthplace of rock climbing in Japan. 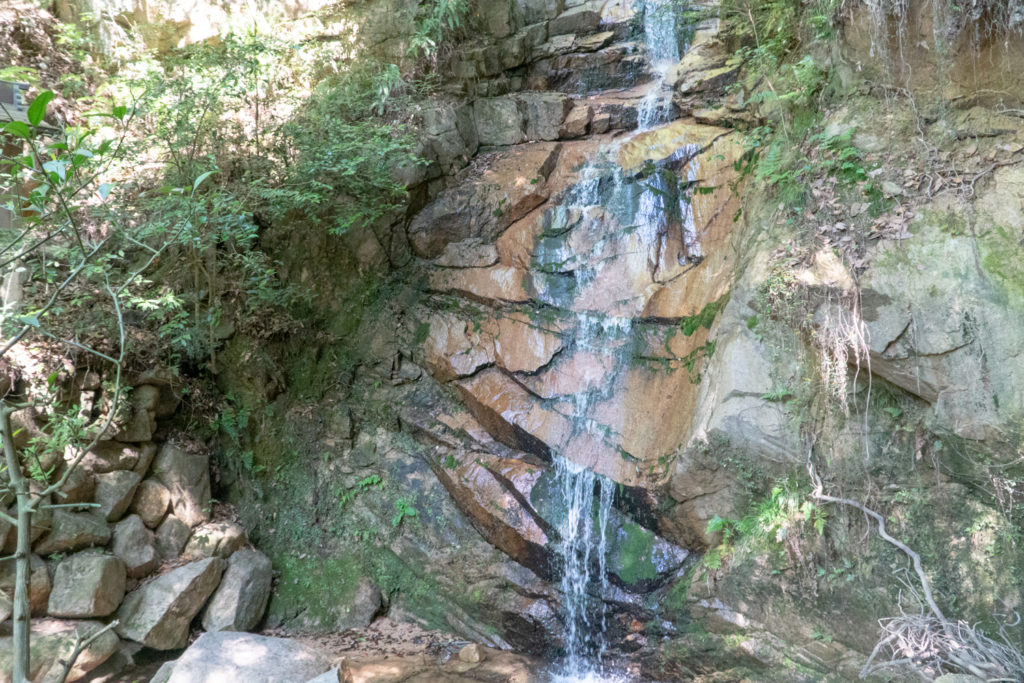 I check YAMAP, and it shows that the climb will be continually steep from here on. We begin climbing again, leaving the sound of the waterfall behind us. 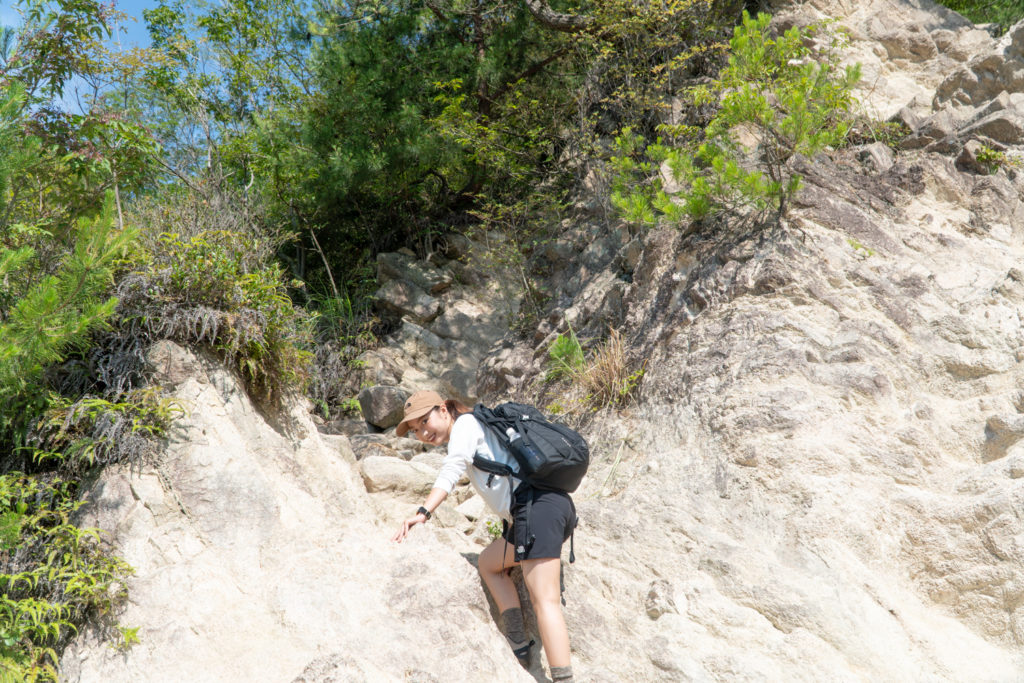 Past Koza no Taki, we climb through a series of rocky, craggy area. The scenery, which continues for about 40 minutes, can rightfully be called a rock garden. The granite rock faces are distinctive, and I enjoy climbing them. I focus on using my whole body to climb and climbing carefully. 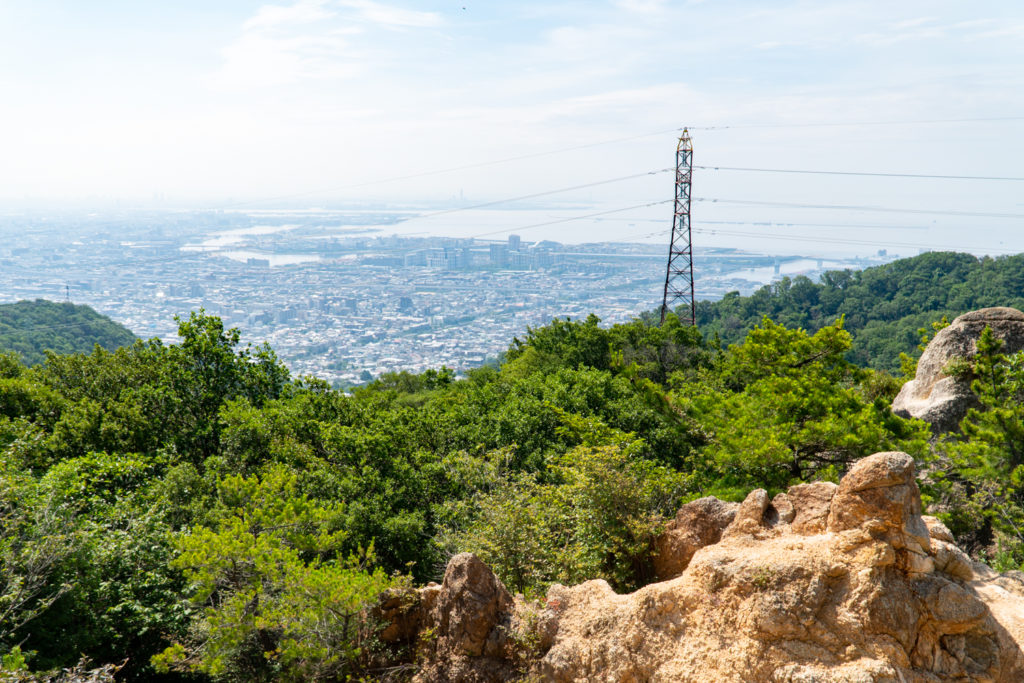 At the end of the Rock Garden is a huge rock called Kazefukiiwa (Kazefuki Rock). Climb on top of it, and you will have a beautiful view. The view of the mountains of Rokko spreads out toward the direction we’re heading, while the Seto Inland Sea and the streets of Kobe can be seen below. 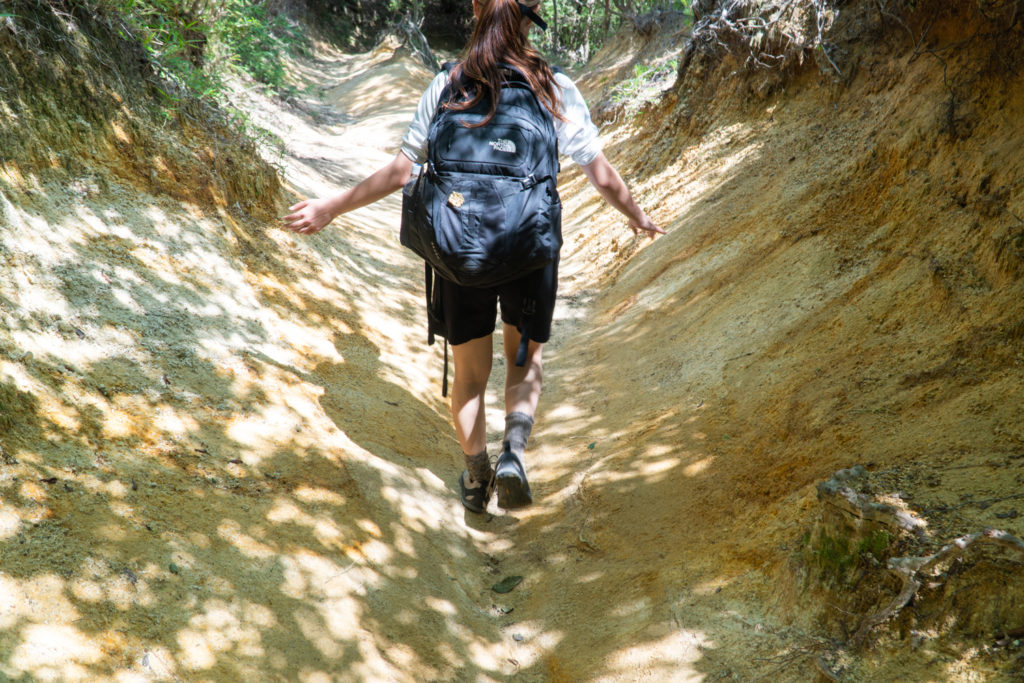 The trails to the summit have a variety of landscapes along them, and because of that you never get bored. There are mountain streams to cross and forested ridge lines sandwiched between valleys to walk along. The songs of Japanese bush warblers and meadow buntings make you forget the noise of the city.

When you cross the mountain stream again, you reach a steep section called Nanamagari. Once you climb through it, you’re very close to the top of Mount Rokko. Near the summit, a long-established tea house called Ikkenchaya welcomes us. 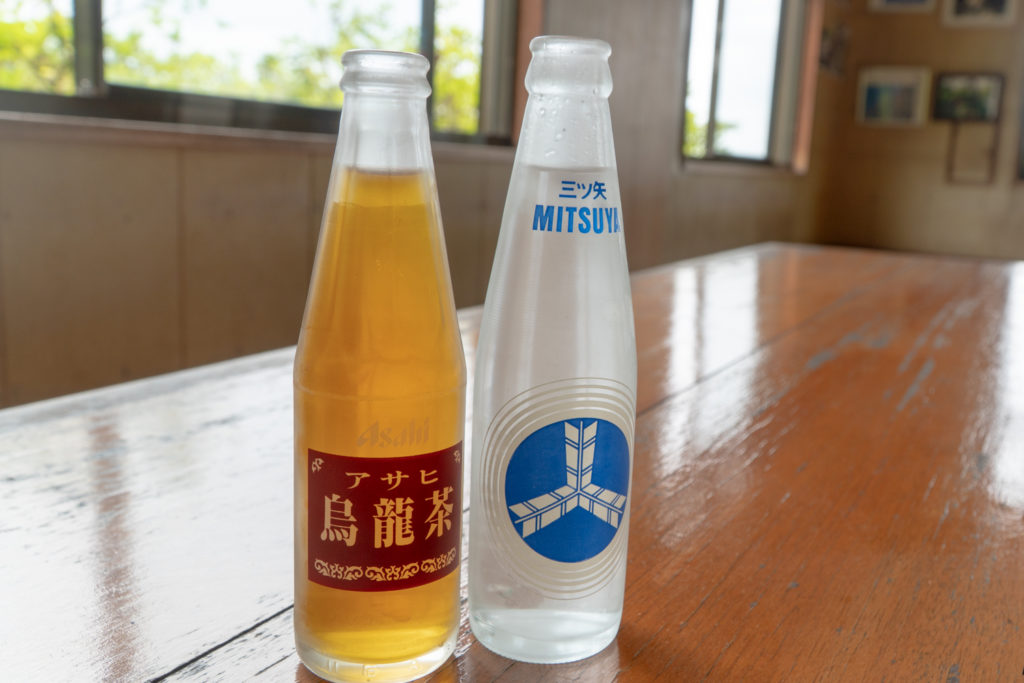 “Tired from the climb, I’m refreshed by a bottle of clear soda”

We leave Ikkenchaya and cross the road so we can get to the mountaintop. If you climb along the paved road for about five minutes, the building of the Self-Defense Forces comes into view. At last, it is the summit. 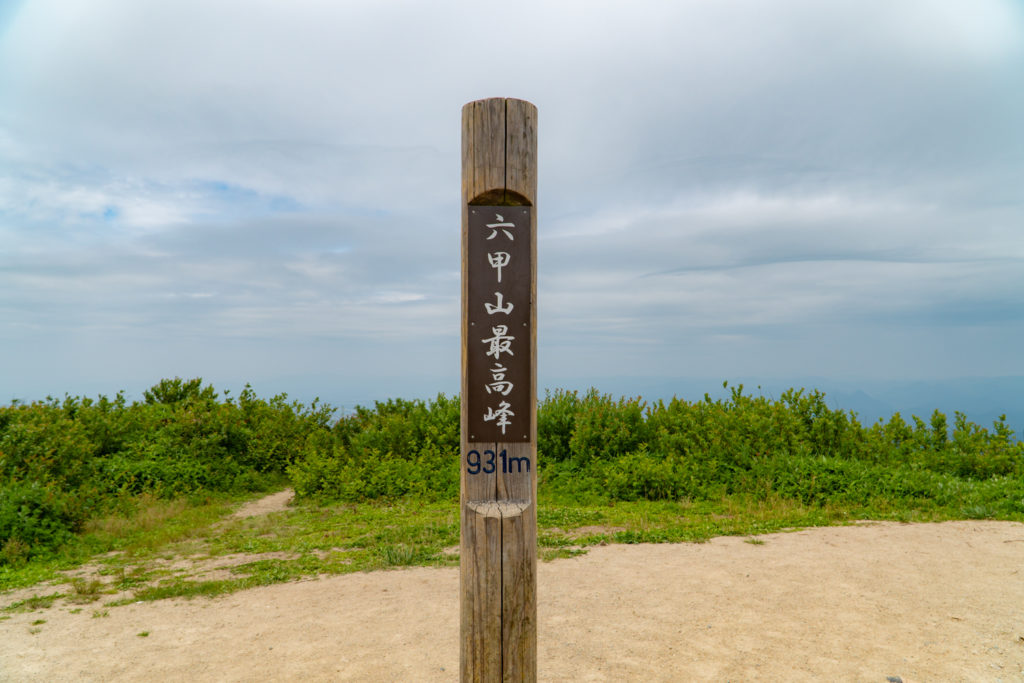 Mount Rokko has a history of devastation and regeneration.

There was a time in the past when it was a bald mountain. The Battle of Ichi-no-Tani happened during the Heian period, and it’s said that the destruction of the mountain was already progressing during the Middle Ages. As a result, there were much landslide disasters, and Mount Rokko was a problem for the people. Time passed, and the Meiji era began. Land restoration, erosion control, and planting of forests were taken up. The mountain became covered in greenery like it presently is, and it was reborn as a mountain loved by people.

I think about the mountain’s history as I enjoy the summit. Even more than feeling proud of myself for reaching the mountaintop, I feel like thanking the people who made Mount Rokko the marvelous mountain it is. 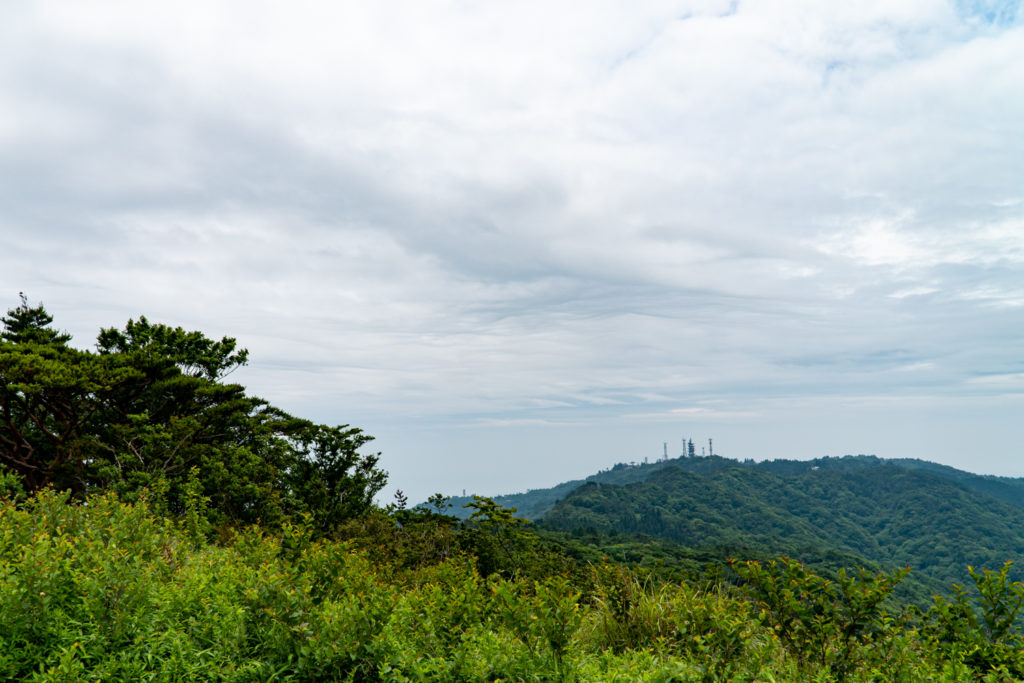 “If you connect the mountains of Rokko, it exceeds 30 kilometers”

Leaving the summit where we were rewarded with a spectacular view, we start going down toward Arima Onsen town. The downhill trail is very easy to walk. After an hour down the gently-sloping wooded path, you begin to see steam rising from among the trees. 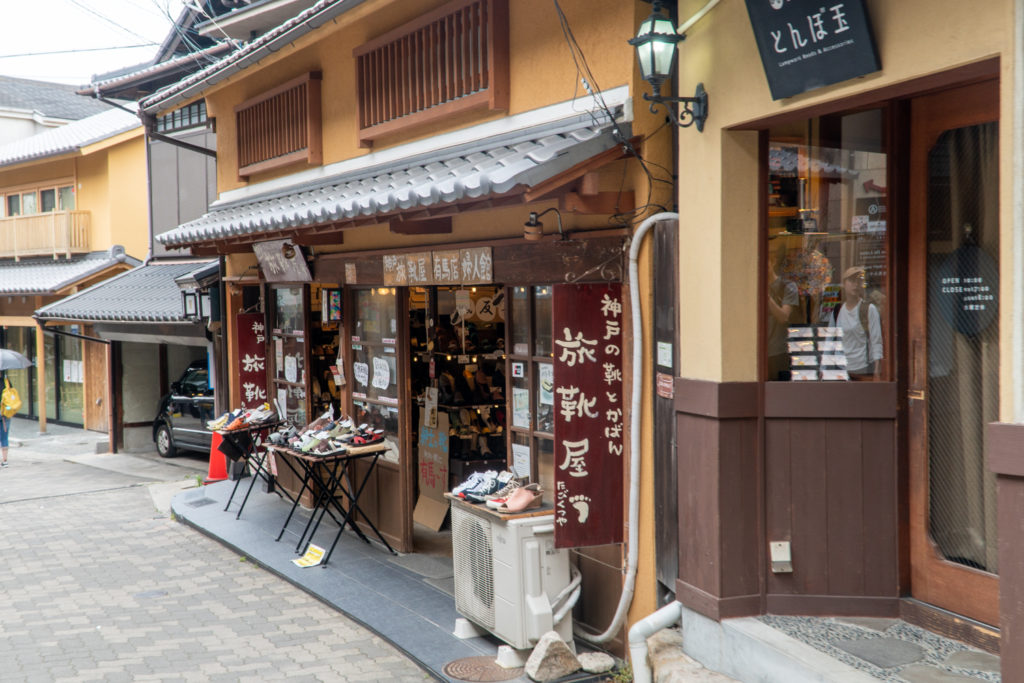 Along the Arima Honkaido (Arima Main Road) is a section called Yumotozaka lined with souvenir shops and cafes. There, we look for a hot spring while eating crunchy carbonic acid rice crackers. Arima Onsen, one of Japan’s three great hot springs, is also popular with day trip visitors. We decide to try the famous golden hot spring. 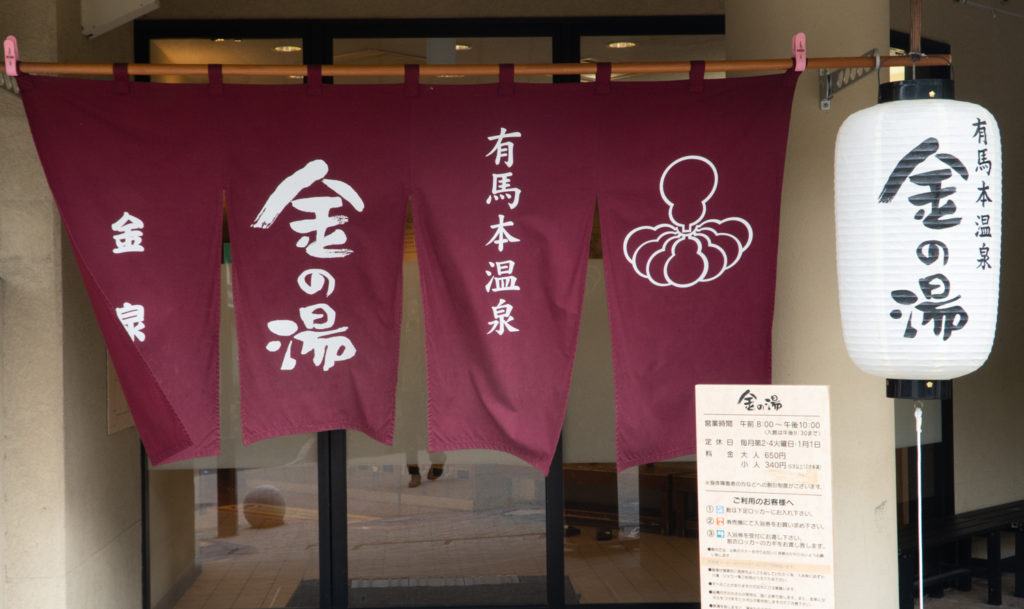 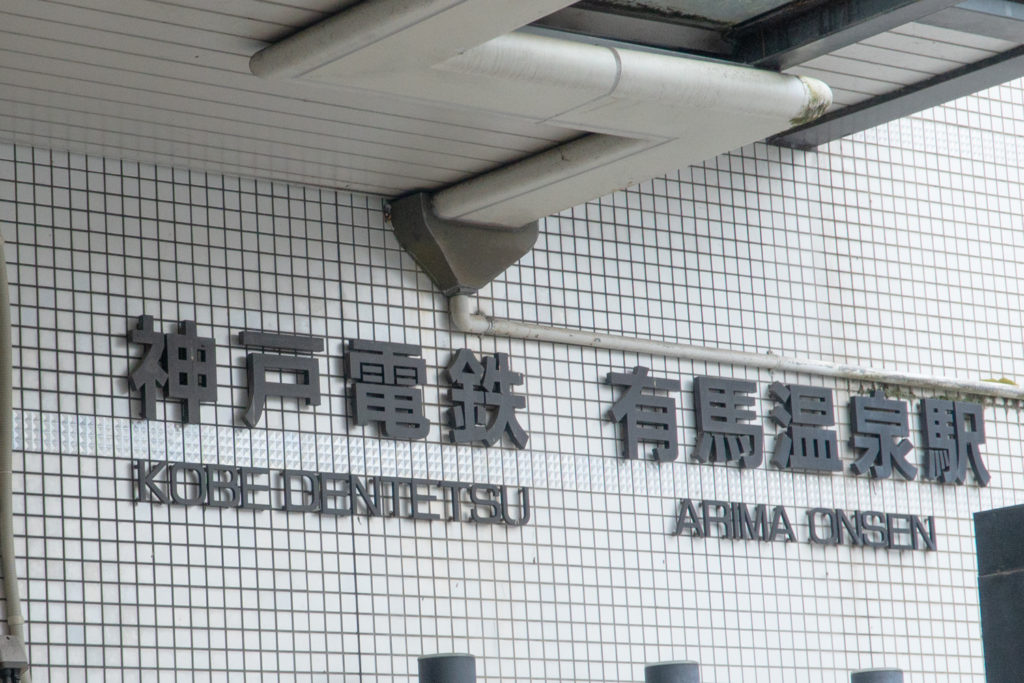 Kobe Electric Railway Arima Onsen Station is the finishing point of the hike. When I check, about six hours have passed since we set off. My hiking partner, who seems happy, who had just climbed a mountain for the first time ever, says that although it was a bit hard going climbing up, the sense of accomplishment and the pleasure of the hot spring are completely satisfying.

As I sat on the train and waited for it to depart, it began to rain. Is the rainy season coming? Mount Rokko, which we hiked during the small window in the season when the weather is fair, was covered by thick clouds and completely hidden.

I would love to come back to Mount Rokko. I want to climb the Rock Garden, eat katsu curry rice at Ikkenchaya, and take my time going down the mountain. And, I’d like to recommend that you also go on the greatest mountain day trip which ends with a healing soak in Arima’s hot springs.

The train started to move slowly, and I left Arima where the rainy season has arrived. 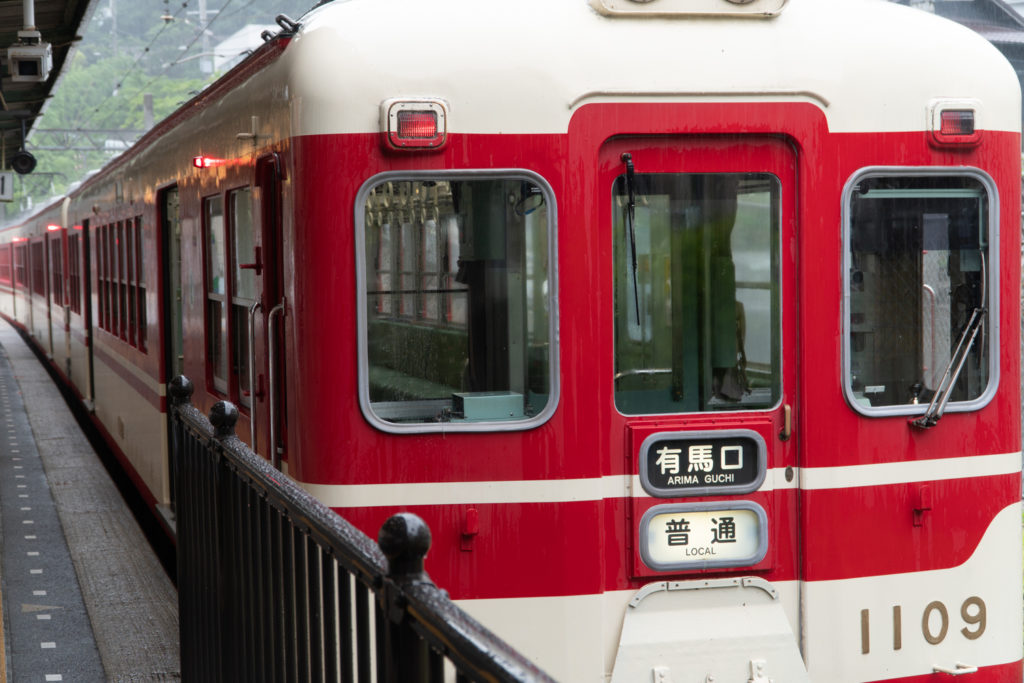 I spend my youth in the mountain center as a mountain area, and while traveling to university, I leave for a round trip around the world. Joined YAMAP as the first new graduate in April 2019 to be impressed by the great nature of Patagonia in South America and to widely communicate the outdoors culture by making use of his own experience.

Let's find the spot of Mt.Rokko by genre